Tips For Countering An Opponent When Kickboxing

Getting your child started in kickboxing will help him or her stay active, boost confidence, and gain physical strength. As your child learns the fundamentals of this discipline, he or she will likely begin to spar with other students. Some students will take naturally to sparring and quickly elevate themselves from others in the class. If your child is struggling with sparring, he or she may be fed up with getting hit. Instead of allowing your child to get discouraged and think about quitting, he or she may enjoy sparring more upon developing an ability to counter his or her opponent. This term describes striking the opponent immediately after he or she attempts to strike you. Here are some tips you can give your child.

One thing that separates novice kickboxers from veterans is that those in the former group often fall into habits. While experienced kickboxers will switch up their attack to confuse their foes, novices will often attack in the same manner. For example, someone might throw a left jab, a right cross, and then a right hook kick. This pattern is pretty standard in kickboxing. If your child can identify this type of habit, he or she will be able to counter the opponent effectively. For example, instead of standing there and take the three strikes, your child can immediately throw a high right kick when the opponent jabs. Since the opponent's left hand will no longer be in the guard position, the kick has a good chance of meeting its mark.

Part of a kickboxer's ability to counter his or her opponent involves reading the opponent's body language. Especially among novice competitors, kickboxers will often inadvertently provide verbal cues that reveal their next move. This leaves them open to being countered. Teach your child to read his or her opponent and react quickly. For example, the opponent may drop his or her left hand slightly just before jabbing; this is a common bad habit. Upon seeing the hand drop, your child can then counter with a straight right hand over the opponent's left.

Avoiding standing still can be an effective tool for countering a kickboxing opponent. When your child moves left or right, he or she opponent will be forced to adjust his or her body's angle — and this can provide a window for your child to counter. For example, if your child moves in either direction, the opponent may follow. But, unless the opponent is disciplined enough to keep a tight guard while moving, your child may be able to throw a quick counter to the opponent's next strike. For more information, contact a business such as Jompikad Gym. 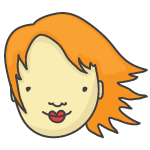 When many people think about exercise, all they can imagine is grueling workouts that aren't fun at all. What many people don't realize is that exercise can be a very enjoyable activity and it doesn't have to be boring. Hi, my name is Tony Griffin and a few years ago I was overweight. I finally decided to eat healthy and begin an exercise routine to meet my weight loss goals. I knew that I needed to exercise, but I just couldn't stick with a boring exercise program. I began doing research about various forms of exercise and that's when I began to enjoy exercising. I first bought a bicycle and I soon found out that bicycle riding was enjoyable and the pounds were falling off fast. In this blog, you'll learn about various types of exercising and activities that are fun and very effective.